​Artist Spotlight: Interview with iakopo
iakopo has been performing most of his life. He performed at clubs in Apia, the capital of Samoa, when he was just in high school. In 2006, he produced and released his first album “Let Your Light Shine,” which he reveals was inspired by Bob Marley, Peter Tosh, and Sizzla. 2008 brought his next self-produced album “Born to Win.” His songs have topped billboard charts, have been in heavy rotation at major radio stations worldwide. and also ranked in on the Nielsen SoundScan. He is the creator of the live event series “Island Fever,” he talks to us about it and more in our exclusive interview:

When did you find your talent?
I started playing the piano when I was 3 years old, I enjoyed making my own little songs when I was young. By 7/8 I was writing my own songs and it flourished when I got a guitar at 13.

When and how did your career begin?
I started performing in high school in Samoa after graduation I moved to Hawaii and was making demos under the name "Keys of Creation". In 2009 I received an offer from Universal Japan and that's when my professional music career begin.

You have traveled and worked many places, where is your favorite place?
I honestly don't have a favorite place, it's bits and pieces of all my travels I enjoy. 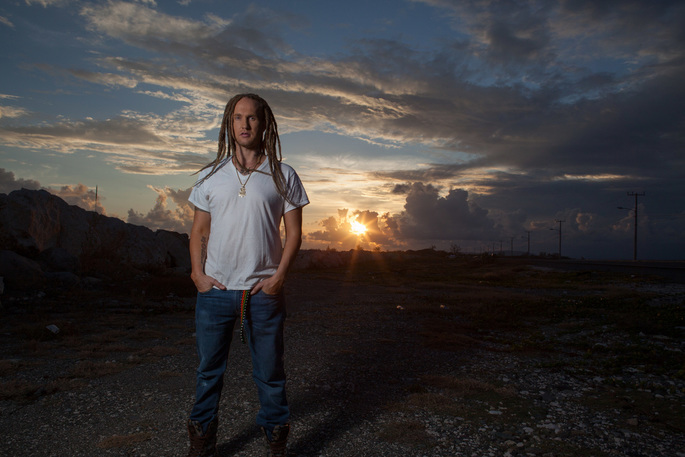 How was it working in Japan? How is it different from other places you have lived and worked?
Japan is different in almost every aspect. The culture, the etiquette, it's a precise and punctual place. Definitely takes some getting used to but it's a beautiful place.

What is “Island Fever”?
It's an event I started a few years ago in Japan. Basically it's just an island themed event, it's eco friendly to educate about living green. We showcase art, music and just bringing good green vibes.

How did it feel when you released your first album, “Let Your Light Shine”?
(Laughing) That's going back, but how did it feel? It was exciting!! Finally seeing my dreams and visions come into fruition. It's a great experience for all artists.

What do you want people to take away from your music?
I want people feel good. Feeling the good vibes, inspired, uplifted and empowered!

Who are your influences?
UB40, Bob Marley, The Beatles

You have linked with Gramps Morgan for your new single "Supernatural." How was that experience? Are there other people you would like to work with (globally, Reggae, and non-Reggae)?
Going to Jamaica and working with Gramps was an amazing experience. It's nothing like being in the home of Reggae. You can feel the vibes where ever you go. I would love the opportunity to work with Shaggy, Damian Marley, Stephen Marley, Bruno Mars, and Skrillex.