Subscribe
Love and War collide for a sensational night at the King’s Theatre!
“A Night of Love and War” presented by Jammins Events, featuring the legendary R&B Singer/Songwriter Keith Sweat and the chart-topping R&B Recording Artist Tamar Braxton, will be filled with all the emotions love makes you feel – from the highs to the lows and everything in between. With an amazing discography between both artists, it will surely be an epic night to be remembered.

Keith Sweat began his career in 1975 and in the mid-80s his debut album Make It Last Forever on Vintertainment Records with the single “I Want Her” went triple platinum. Sweat’s innovation of the new jack swing style, gained him international acclaim. He subsequently released two additional albums on the label I’ll Give All My Love to You and Keep It Comin’- which solidified his unique style and energy in the heart of pop culture. In 1992, Sweat discovered the group Silk and assisted with the crafting of their debut album Lose Control. Sweat’s forth studio album Get Up on It reached the Top 10 Chart on the Billboard 200 and his self-entitled fifth album with hits “Twisted” and “Nobody,” went four times platinum. Later as a member of the group LSG with Gerald Levert and Johnny Gil, the self-titled album Levert.Sweat.Gil went double platinum worldwide. His sixth album Still in the Game also topped all major charts worldwide, featuring hits “Come and Get with Me” and “I’m Not Ready.” His musical contributions over years has made him a living legend; he is a renowned performer, recording artist, producer, song writer, a Georgia  Music Hall of Famer with a Number 1 nationally syndicated urban radio show, The Sweat Hotel.  His passionate, soulful, and vibrant energy has been unmatched. Sweat, who has sold more than 25 million records worldwide and will definitely have the audience sweating at this upcoming event! 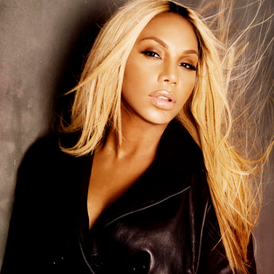 Tamar Braxton is not only a singer, she is also a television personality and actress. She was a member of the R&B group The Braxtons, which included sisters Toni, Traci, Towanda, and Trina Braxton and their album So Many Ways
on Atlantic Records earned them notoriety and fans all over the world.  Tamar served as a sensational backup singer on Toni Braxton’s first solo tour, earning
​a name for herself among industry elites. In 1998, Tamar began her solo career with DreamWorks Records. She released the studio album Ridiculous, which featured many different musical styles. Tamar’s style became a unique brand which she honed while working on various projects including her role in the smash hit Reality TV show Braxton Family Views. In 2013, Tamar released the album Love and War, with the title track spending an impressive nine weeks at #1 on the Adult R&B Songs chart. Embodying the old saying, Tamar’s song struck a chord among lovers everywhere and yes, “there is a thin line between love and hate.” This upcoming event, expect the classy Tamar Braxton to grace the stage with high energy that will resonate in your heart and soul forever.
So on Friday, September 29, 2017, Brooklyn will come alive with passion, emotions of fun, joy, excitement and of course love! Fans from all over should come to see these two soulful and powerful performers for this once in a lifetime concert event at the King’s Theatre, located on Flatbush Avenue in Brooklyn, New York.

Keith Sweat and Tamar Braxton will deliver a night hits, passion, and romance. An event not to be missed!

For Information and Tickets:
King Theatre Box Office
Ticketmaster.com
Or call 718-282-8041
Powered by