​Feature: Interview with Tamar-kali
Where are you from and what is your background? Does it have any influence on your artistry?
I was born and raised in Brooklyn, NY. In addition, I spent my summers in the Gullah Sea Islands. Like many kids whose parents or grandparents came North from the South during the great migration, sending kids 'home' was a common practice. It also provided a safe, free environment to play and explore as an alternative to summers in Brooklyn as a latch key kid.

My Gullah background has definitely informed my sense of individuality and mirrored the DIY ethic in Punk Rock that I was drawn to. I would say that my cultural identity is present in my artistry and in my approach to music. I've taken my influences and talents to create something unique to my personal experience.

Where do you get your style?
I describe my musical style as 'aggressive melodic rock.’ It is definitely of the 'alternative' strain. My choral classical background as a Catholic School girl, as well as my coming of age to the sound of Punk Rock and Hardcore are layers in the mix with a healthy dose of natural soul.

How do you respond to people who may not understand or appreciate your style?
I don't. 'To each their own'.
What type of vocal training have you had?
My father initially trained me at home. He was a musician, a bass player and bandleader, up until I was a toddler. I learned the basics - melody, harmony - via his instruction. Growing up Catholic, I sang in classical choral groups from elementary through high school.

What is Afro-Punk? What do you see as your contribution to the genre?
AfroPunk is the name of a documentary about black musicians in the Punk Rock and/or Hardcore scenes. I was an artist who was featured. Since then, it has bloomed into a lifestyle brand and a media platform for alternative Black artists who exist outside of the mainstream stereotypical depictions of black musicians.

I would not support the use of the term ‘Afro Punk’ as a genre:
1. because music genre is determined by instrumentation and music structure not race
2. because it perpetuates the marginalization of artists of color in their perspective musical communities

What is the message behind your music? What do you want people to get out of your it?
First and foremost my purpose as an artist is to speak my truth through my artistic expression. It is my wish that my work touches those who are open and available to it in a way that will allow them to acknowledge my humanity and aspirations, even if they are not similar to their own. In addition, if I can be a voice of clarity, resistance and survival for anyone out in the world who is struggling then I have paid forward what music has done for me as a human being.

Who is your favorite artist? Why?
As a musician and a fan of music, this is an impossible question. As a child, my favorites were the Beatles, Stevie Wonder & Earth Wind & Fire. As a teen, my favorites were Fishbone, Quicksand, BadBrains and Jane’s Addiction. As a solo artist I am deeply influenced by Prince, PJ Harvey, Grace Jones and Betty Davis. As a recording artist, I aspire to produce recordings like Queens of the Stone Age, The Mars Volta and the Deftones.

Tell us about Demon Fruit Blues and how you collaborated with Aida Whitaker's Ase Dance Collective.
Danni Gee, SummerStage’s dance curator approached me a while ago about the possibility of commissioning new work from me, in which, I would collaborate with a dance company. When she approached me about the 2016 season, the first group that came to mind was Áse. I had met Adia Whitaker, the director some time ago. Upon meeting her she told me that she would love to choreograph to my work. It really impacted me because the marriage of African Diaspora movement with my sound just stuck out as a powerful testimony to everything that defines me - retention, resistance, creation, connection, evolution, revolution - I couldn’t resist.

Demon Fruit Blues speaks to the ‘curse of womanhood’ in Judeo-Christian ideology.
It is a very specific nod to the challenges certain women face walking in our bodies and everything that comes with that physiologically, psychologically as well as the societal pressures. It is in its very early stages as a work in progress, but I feel strong about where we are headed. 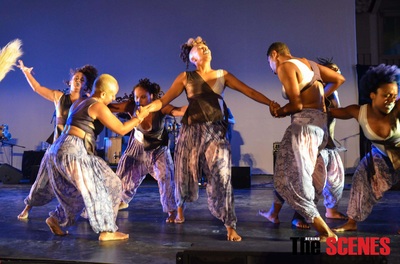 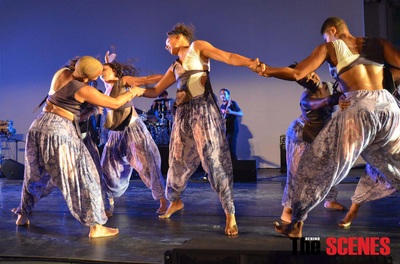 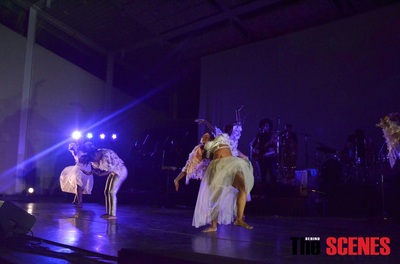 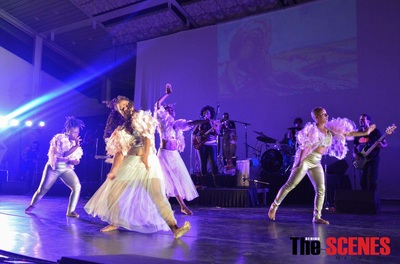 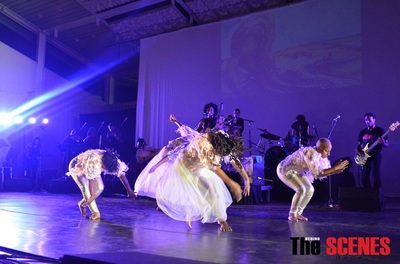 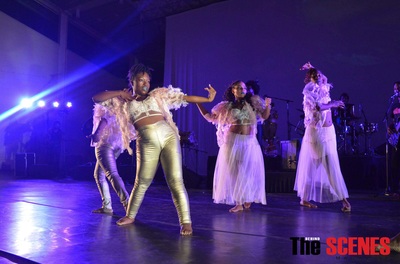 What does it mean for you to bring the project to SummerStage? What is your inspiration?
As a Native New Yorker, Central Park SummerStage holds a special place in my heart. Access to top-notch entertainment in the middle of this majestic piece of nature in the middle of the urban sprawl is a pretty sweet deal. I feel honored to be commissioned to create this new work and debut it in our little piece of heaven.

In terms of inspiration, my favorite place to perform is outdoors. I feel most empowered, relaxed and joyous in the outdoor setting. Singing under the moon and stars is one of the most exhilarating feelings.

Do you consider yourself a feminist?
Yes. I self-identify as a feminist.

What advice would you give aspiring female artists?
I would advise aspiring female artists to stand very strongly in their humanity and regardless of how many times it will occur, not to accept the marginalization of their contribution to art as defined by their gender. They are artists first and foremost. Having work that reflects your gender, race or culture is essentially flavoring but the dish is the same. Dance, Music, Visual Art, etc.
​