Jammins Spring 2015 Concert Series
The first night Reggae artists Matisyahu, Lady Saw, Mavado & Capleton brought the house down in a night called "Dancehall Rising." Capleton explained that the showcase was historical, as it was the first time the Kings Theater featured a Reggae line up. The crowd enjoyed every moment of the show which ended with almost the whole crowd on its feet singing along with the soulful Dancehall vibes. People commented on the beauty and splendor of the theater as they were leaving. It was a amazing show in a superb venue!
Press Access courtesy of Triple T Production
The second night continued the series with a R&B line up with two of the strongest voices in the industry. "Voices in Concert" brought Fantasia and Tessann Chin together for an incredible night of serenades. The audience was in awe of these two beauties who graced the stage with poise and diva-ness!
But if that wasn't enough, the next and final night of the series brought the high energy vibes of Soca music to the Kings Theatre. Soca is known for its intensity and this performance was no different. Kes the Band, Ravi B, Kerwin Du Bois, Olatunji Yearwood, Mr. Killa, Saddis, Lavaman, and Leadpipe had the crowd jumping from beginning to end. The show certainly ended the weekend on a high note, actually leaving the crowd wanting more!

Not to worry Jammins Entertainment does have more coming up this
Mother's Day Weekend! 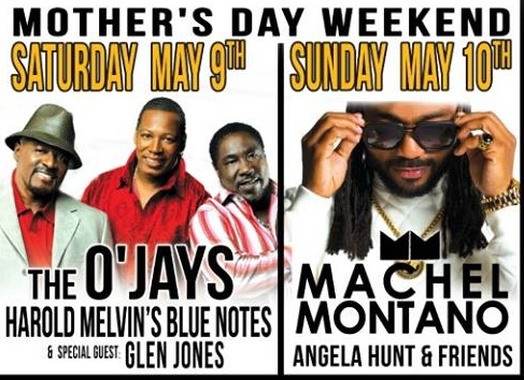